Today’s highlight was a nocturnal visit to Mont Saint Michel in Brittany. This mountain rises out of a bay that opens up onto the English Channel.  The medieval abbey at the top is one of the architectural wonders of the world.  Although I have been to Mont Saint Michel several times over the past thirty years, I have always wanted to see this beautiful place at sunset. 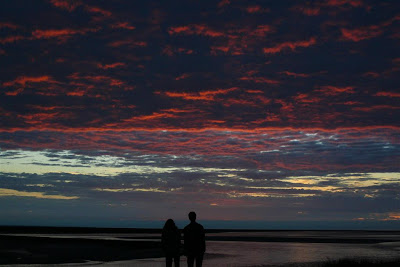 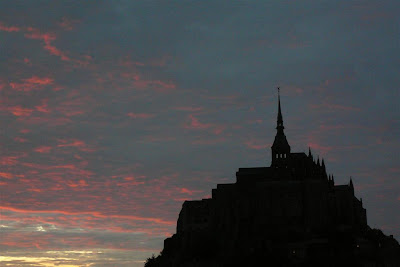 We arrived at 9:45 p.m. just as the tide was coming in and the sun was beginning its descent into the sea. 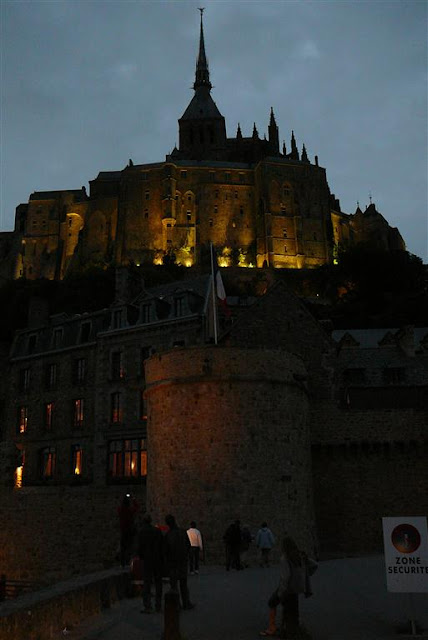 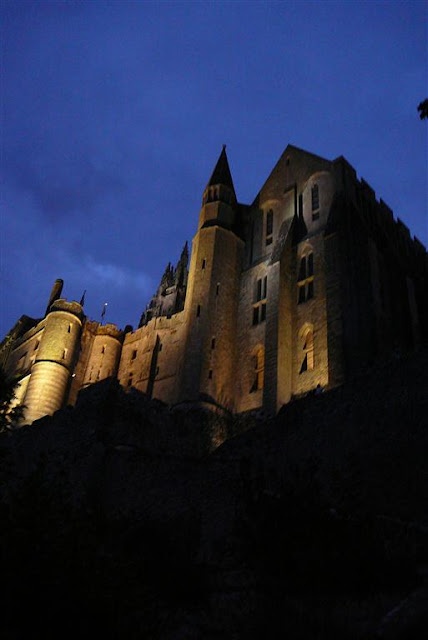 The visit of the abbey at night takes on a spiritual quality not felt during the day.  The abbey is dark inside with only niches and columns lit here and there.  A harpsichord is being played in one large hall and futher on a viola.  Then a narrow corridor and ancient stone steps before we arrive at an altar where a soloist is playing the flute.  The visitors walk in hush tones through the abbey.  Sounds of a heartbeat, a ticking clock, birds in the cloister are heard in various rooms.  The passing of time, the beauty of stillness.  Finally, a harpist is playing in the chapel where the monks used to gather for mass, and we leave this place pensively, solemnly, a visit to treasure within. 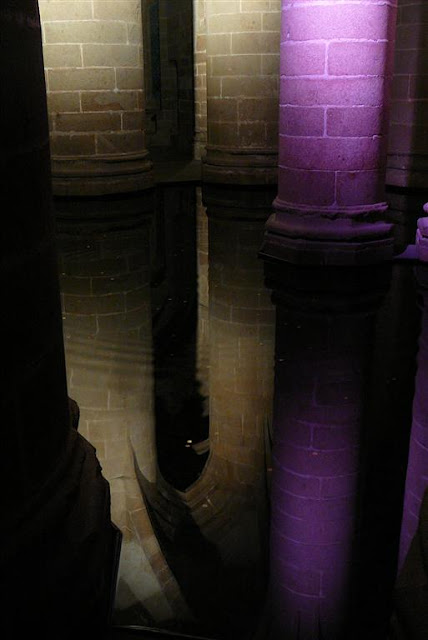 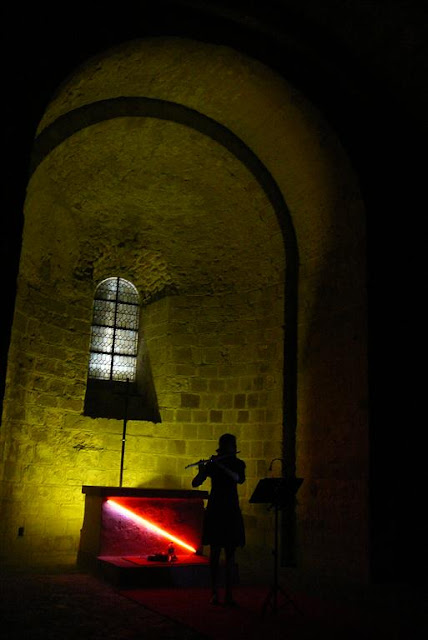 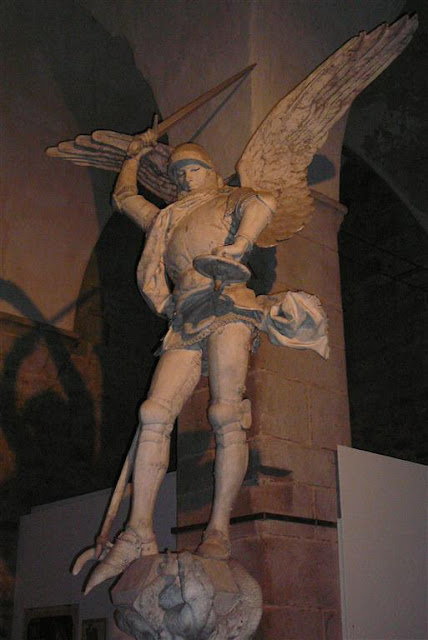 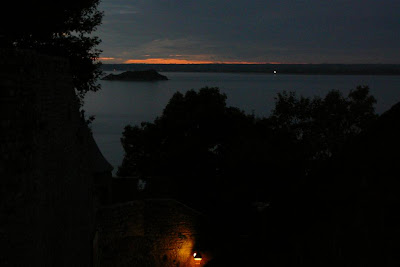