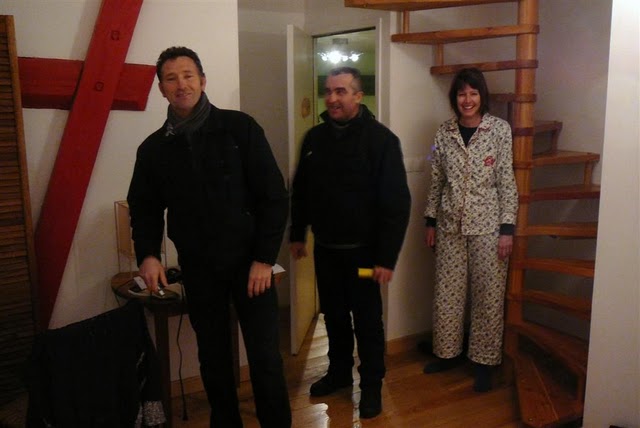 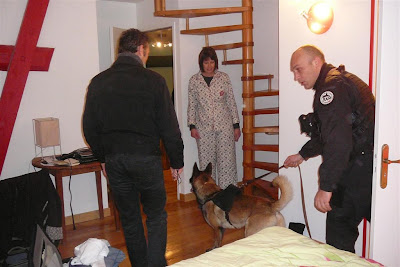 After working until 2:00 a.m. on the computer last night, we woke up this morning to a knock on the door from Brigitte, the owner of the farm where we are staying. The bomb squad had arrived along with their bomb sniffing dog. Our room was searched and sniffed while we stood by, still in our pajamas (mine toile of course). “Just a lot of old things”, I told them. “We are antique dealers.” The leader of the secret service was very surprised to learn two Americans were staying at the farm, but no problem. The President of France would arrive in three hours. So could we stand in the background to see him? After checking with the higher ups, the answer was yes. The farm was a flurry of activity—the press, the secret service, the military police, and the lovely farmer and his wife scurrying about before the President’s visit, all the while making sure we had our French breakfast ready and waiting when we descended from our room. Food really is always a priority in this country no matter what else is going on! 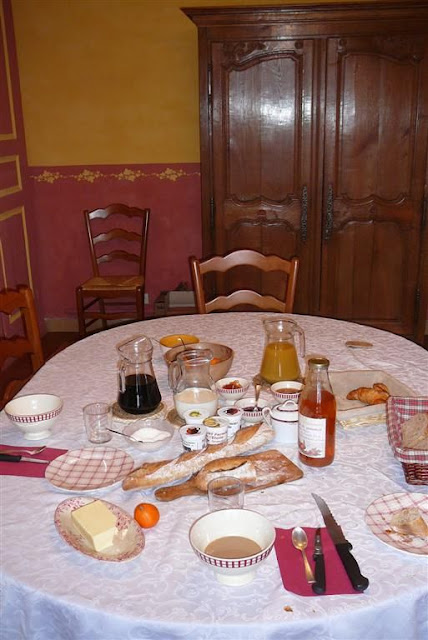 A whirling from the sky announced the arrival of the President’s helicopter to the village and soon an entourage of cars arrived, including the President’s vehicle with the tricolor flag of France on the hood. We were amazed that we could be wandering around the farm taking photos of the car and all the activity. 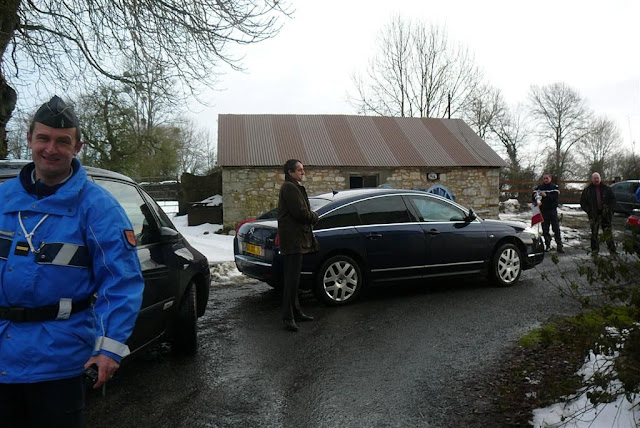 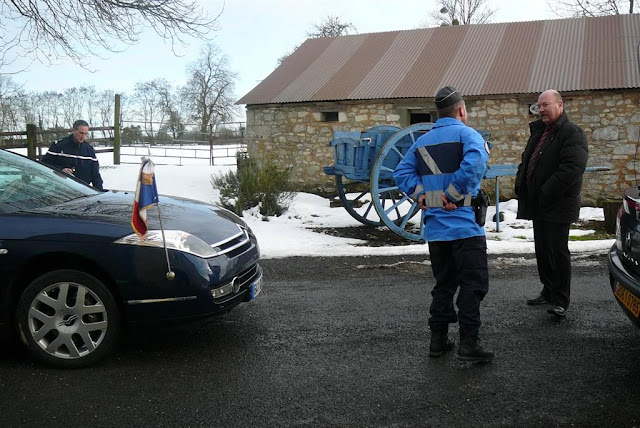 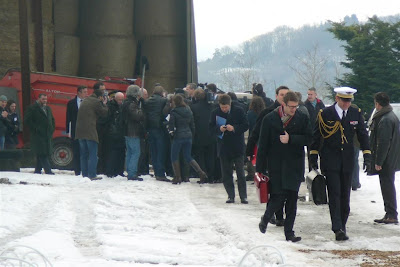 We chatted with some friendly civil policemen and then there he was--President Sarkozy strolling through the snow with the farmer, Denis, and Brigitte, his wife, surrounded by lots and lots of press. We approached the crowd a bit timidly, Alexander snapping photos furiously (for the blog, of course!). 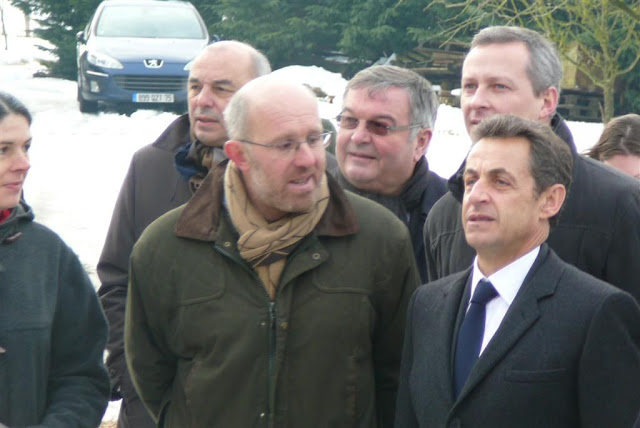 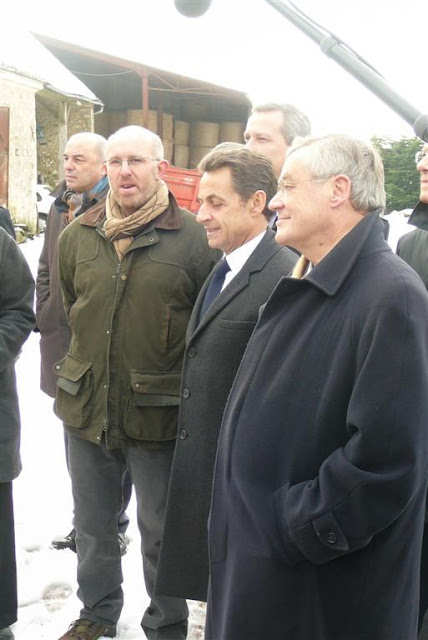 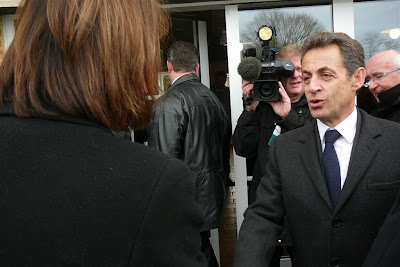 Just as the President was getting ready to enter the reception room of the farmhouse, the head of the Secret Service gestured and smiled to Alexander and me to approach. The farmer Denis then introduced to the President two Americans staying in his bed and breakfast. Hey that’s us! We shook his hand and he told us that he thought America was a wonderful country. I told him we were from Arkansas, the state of President Clinton (whom the French love). He answered “Il n’y a pas que lui” (He is not the only one). I answered, “No, we have Obama now.” He told us he would be calling Obama this afternoon and he would be sure to mention he had met two Americans in Normandy that very morning. I told him how proud we were to see our President Obama with Monsieur le President Sarkozy at the 60th anniversary of D-Day in Normandy last June. Alexander told him that he was happy with the relationship between our two countries. “Well, that makes three of us”, Sarkozy quipped. And he walked inside for meetings with the local dignitaries. Alexander and I were then rushed by the Press. Who were we? Why were we here? What did we think of the President? How did we like the farm? Do we come to France often? A Bloomberg correspondant spoke to us as well. With everone speaking French, it was a surprise when he told us he was American, from the east coast. The local press is interviewing us tomorrow morning for an article in the local newspaper. Americans are still respected and admired in France, even two humble Arkansans from Fayetteville.

We were captured by Ouest France news.  Check out the video below (we appear at 1:03).

The proudly displayed guestbook of the bed & breakfast with President Sarkozy's signature. 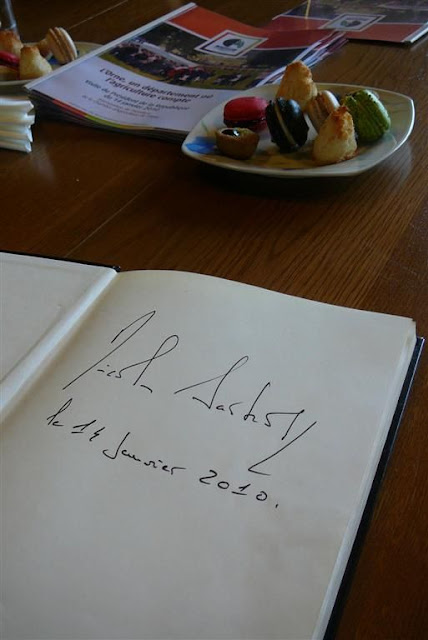