We might as well be traveling by "antique sled" 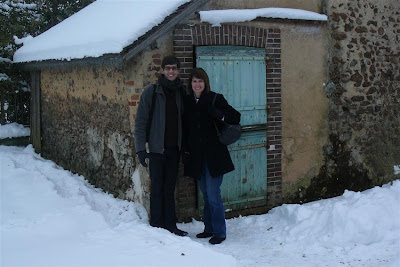 Just when we didn’t think any more was possible, several more inches of snow came falling down upon us.  The driving since we have been here has been a real challenge. If it isn’t snow on the ground and in the sky, then it’s fog so thick, you can’t even tell where the ground ends and the sky begins. We’ve never seen France like this before! 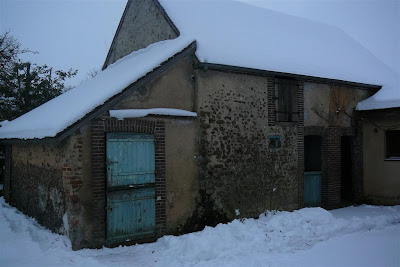 Today was another exciting day visiting several cold barns and isolated farmsteads. We spent quite a bit of the day navigating our way down a narrow one lane road in the-middle-of-nowhere in Normandy at 10 mph with banks of snow that seemed to tower over us on either side. One destination was a visit to some of our favorite “antiquaires” – two brothers in their late thirties, Christophe and Nicolas. They have excellent taste, and yet they are very salt-of-the-earth kind of guys. That’s one thing we love about the business here…so many people who work in antiques are a wonderful blend of rough and refined. The brothers had many wonderful things out in their centuries old barn, and of course they served us “café” in their sausage-filled kitchen, which is standard practice after a couple hours of working with an antique dealer (well, minus the sausage). 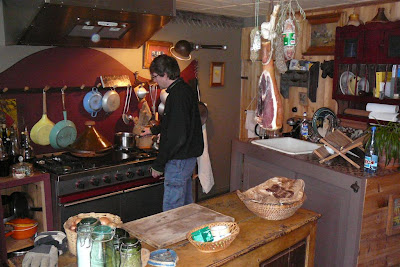 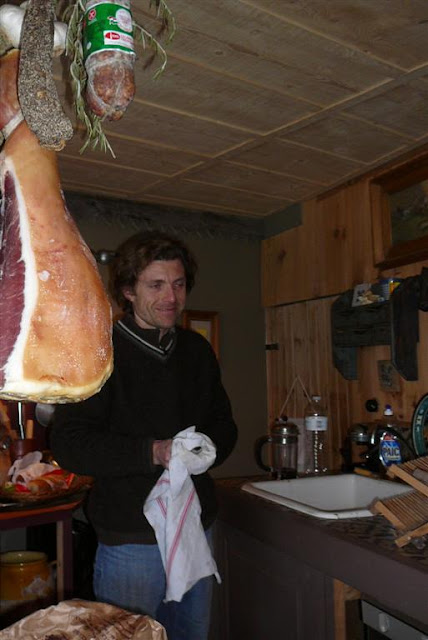 Some of the favorite finds of the day include: 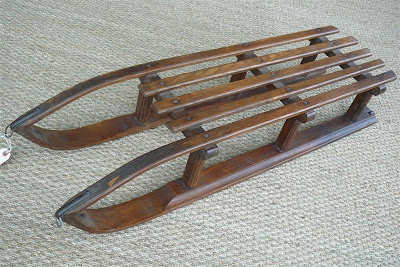 A hand made wooden sled from the 19th century, which considering the weather was very à propos. 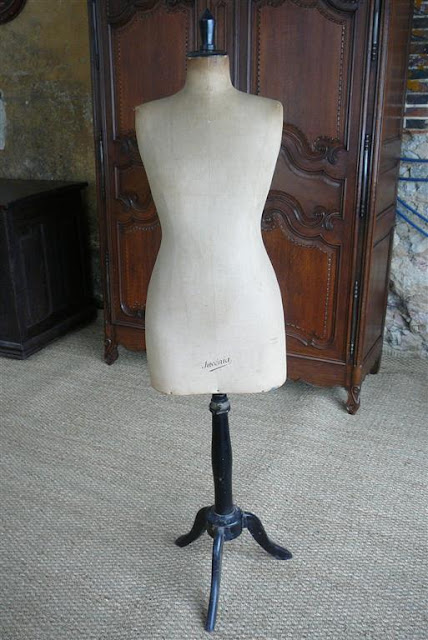 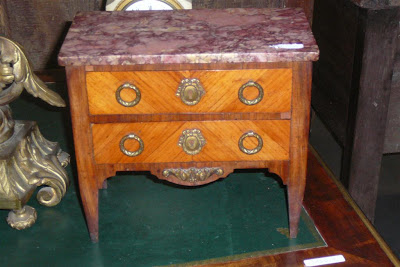 A miniature Louis XVI chest with marble top. This “meuble de maitrise” as they are called was originally made by a woodworker’s apprentice as a final project proving he was ready to make full-scale furnishings.

Off to La Sarthe tomorrow.  A plus tard!