“Sorrow broke me…Brotherhood lifted me up again…From my wound has burst forth a river of liberty.”  These are the words on the walls of the Memorial de Caen, a museum that retraces the history of World War II through French eyes.  We spent five hours here and were overcome with all kinds of emotions—sadness, anger, pride, admiration… 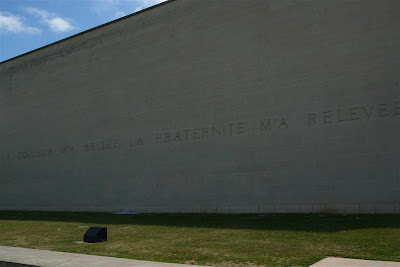 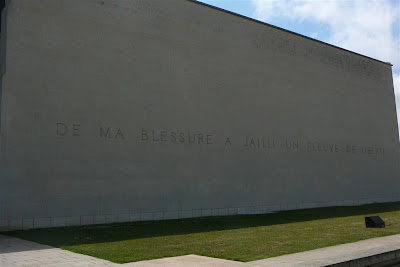 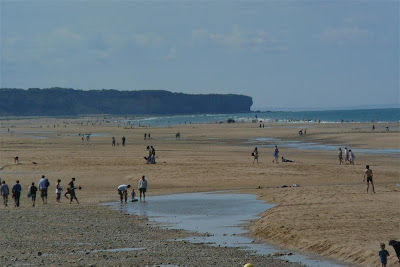 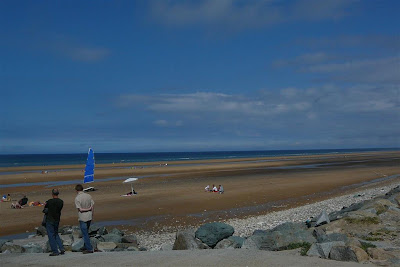 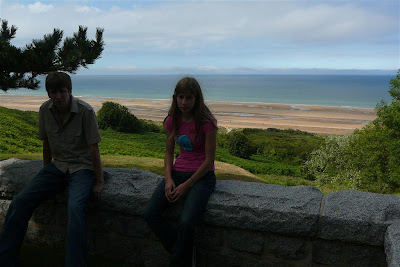 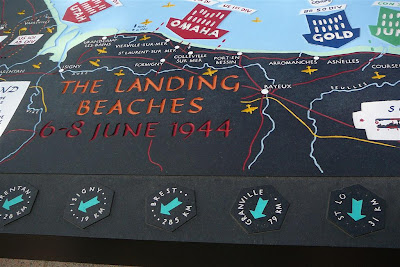 The cemetery at Colleville-sur-Mer is the final resting place of nearly 10,000 American soldiers.  A solemn but peaceful place that overwhelms and inspires at the same time. 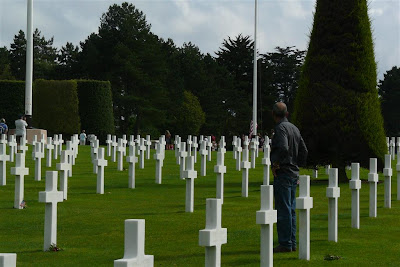 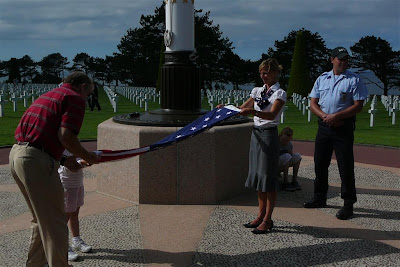 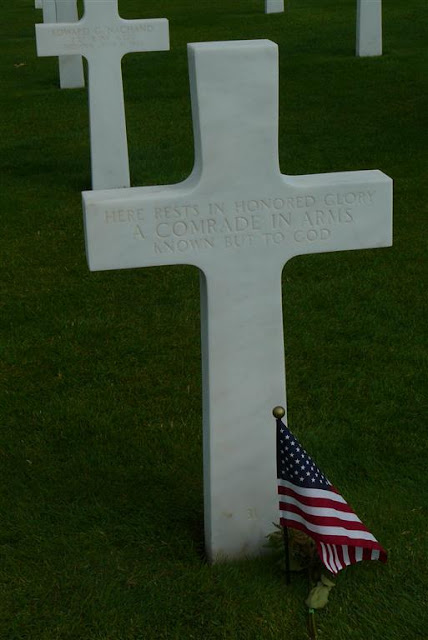 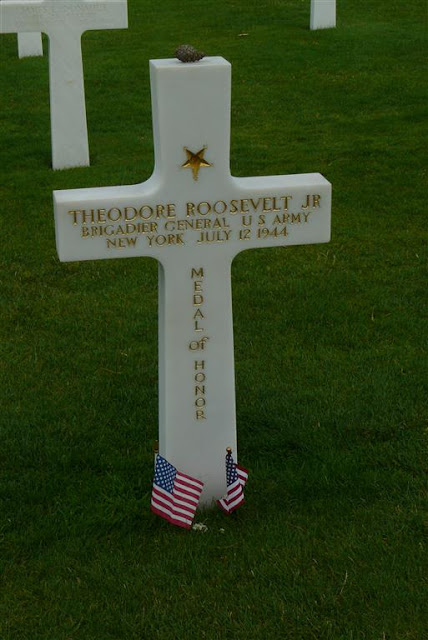 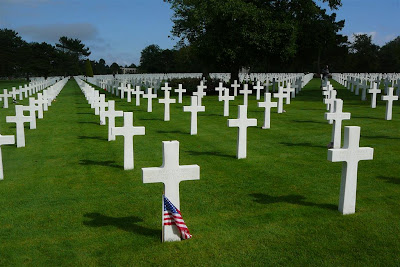 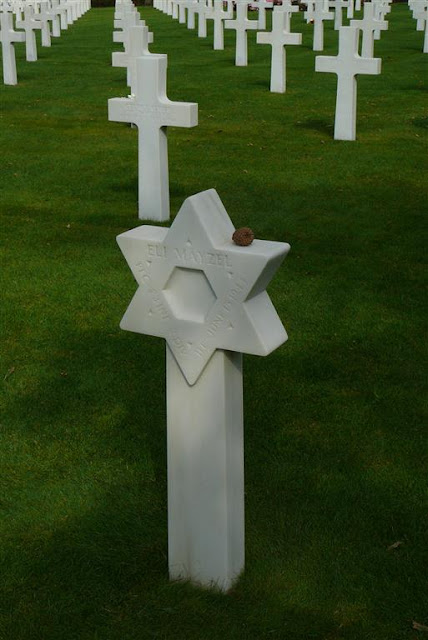 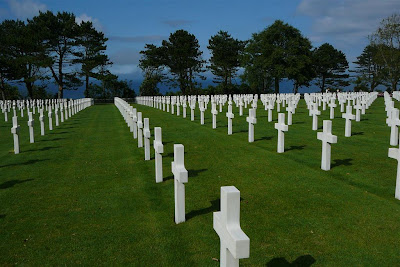 On to the Pointe du Hoc, where the American rangers scaled the cliffs.  Waiting for them at the top were Nazi forces in bunkers and at numerous gun emplacements. 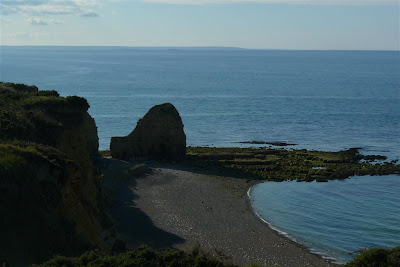 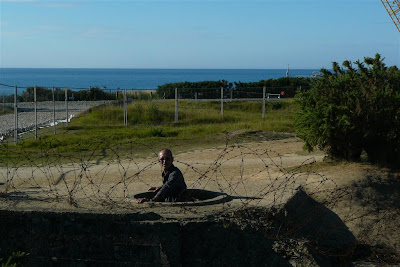 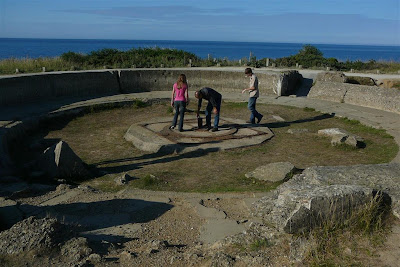 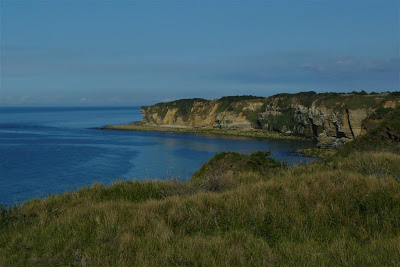 Large craters at the top of the cliffs are vestiges of bombardments from American battleships who sought to aid and relieve the rangers. 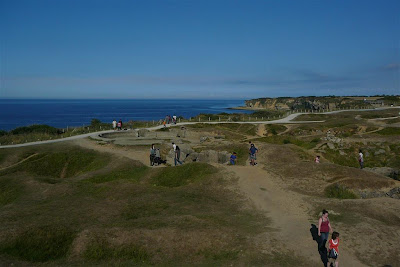